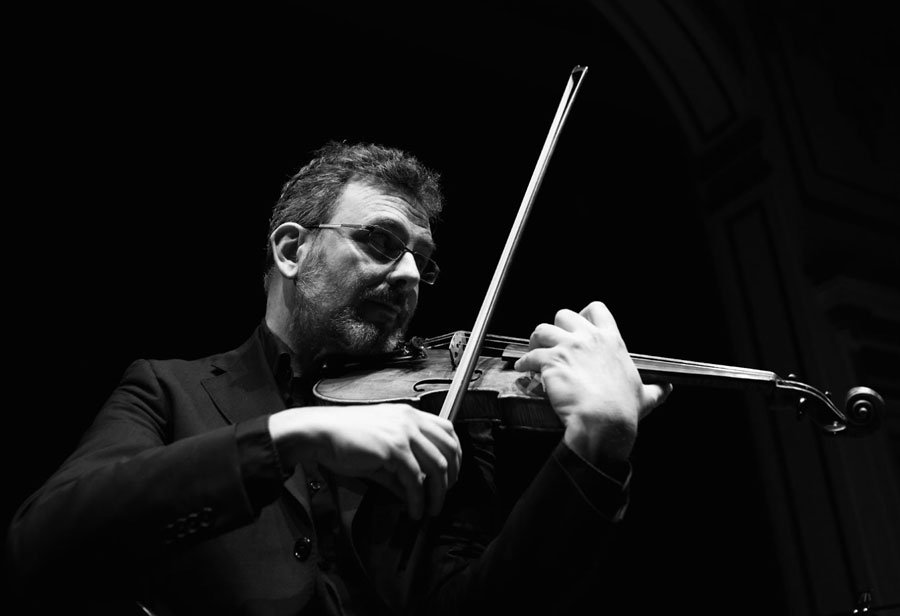 The course is open to all string quartets already formed and to chamber groups (also with piano) wishing to deepen their knowledge of the classical and contemporary repertoire; the course is also open to individual instrumentalists who will form new chamber ensembles during the course. Lessons will focus on the interpretation of the chamber music repertoire and will aim to promote the understanding and performance of musical materials through analysis, listening and historical-stylistic contextualisation.

The aim of the course is to create an opportunity for the students and young professionals enrolled to share music in a context immersed in natural beauty and studying in depth, with the opportunity to perform in a public concert, included in the Foresty International Music Festival season, the music worked on with Aldo Campagnari.

There will also be convivial and informal moments in which to talk about the topics that will emerge from the lessons, in an atmosphere of sharing and mutual listening.

Aldo Campagnari is a founding member of the Quartetto Prometeo with which, since 1996, he has won prizes in prestigious international competitions (First prize at the Prague Spring International Competition, Bordeaux, ARD Munich) and has been invited to perform by the most prestigious international concert societies, collaborating with artists such as Mario Brunello, Alexander Lonquich, Veronika Hagen, Reiner Schmidt, Michele Campanella, Antony Pay, Enrico Pace, David Geringas, J.G.Queiras. He has made recordings for RAI 5, RAI Radio 3, ARD (Munich and Saarbrueken), ORF (Austria), Czech Radio, BBC (Belfast).

Aldo Campagnari graduated in violin under the guidance of Pierantonio Cazzulani and Armando Burattin and after having been first violin in the Orchestra Giovanile Italiana, playing under the direction of R. Muti, C. M. Giulini, G. G. Rath, G. Sinopoli, he collaborated with the Orchestra of the Teatro alla Scala in Milan; in the meantime he specialized with Massimo Quarta in Bologna and at the Conservatorio Superiore di Musica in Lugano. In 2011 he recorded the quartets for strings by R. Schumann for the magazine Amadeus while for the ECM label he recorded transcriptions by S. Scodanibbio from Bach’s Art of Fugue and other transcriptions from guitar music by D. Aguado, Tarrega and Sor.
He has also recorded a CD with the complete string quartets by S. Sciarrino (Kairos) and H. Wolf.

For the Brilliant label he has also recorded K. Szimanowsky’s quartets together with C. Debussy’s Quartet and is currently completing a cycle for the Sony label with the recording of Verdi’s String Quartet.
In 2006 he founded the Quartetto Prometeo Festival and from 2006 to 2009 he directed the contemporary music festival ContemporaneaMente in Lodi. He is the violinist of Alter Ego (Rome), a quintet with which he experiments with today’s music, collaborating with the major composers of our time and recording for Touch Records. He collaborates as first violinist with the Mantua Chamber Orchestra.
Since 2010 he has been teaching String Quartet at the Conservatorio Superiore in Lugano and has held Master Classes at the Orlando Festival in Holland, at Pacific University in California and at the Conservatory of Trento. He has taught violin at the ISSM “Vittadini” in Pavia and at the Conservatories of Bari, Rovigo and Trento and chamber music at the Conservatory of Alessandria. He teaches at the Conservatory of Foggia and is assistant teacher at Salvatore Sciarrino’s composition courses at the Accademia Musicale Chigiana in Siena.

In 2012 he won the Silver Lion at the Venice Biennale.

Attendance as an actual student is €190 for individuals, €170 for chamber group members; free access for auditors (subject to availability). Lessons begin on 09/07/2022 and end on 11/07/2022 (total no. 3 effective days). The course will be held in English/Italian. Lessons will be held at CDM’s premises.

Deadline for registration is 6 June 2022.

By 13 June you will be informed about the selection of the participants to the masterclass; you will receive an email with a summary of the data and details of the payment, which must be made by bank transfer. Within a week after receiving the email you will have to pay the first instalment (amounting to €100). With the payment of the first instalment you confirm your enrolment in the course. The second instalment (€90 for individuals, €70 for groups) can be paid by 27 June. You can choose whether to pay for the whole stay together with the second instalment, or to pay 50% with the second instalment and pay the remaining 50% on arrival. The costs of the stay are €40 per day for the days of the course (total €120), €25 for each additional night before or after the course.

Casa San Michele offers accommodation in affiliated facilities (flats) in the village of Montaldeo (AL) at a cost of €40 per day (total no. 3 actual days). If necessary, the structure is available to those who wish to stay the night before or after the beginning and the end of the course (upon reservation) at an additional cost of €25 per night. The cost includes overnight stay in a double or triple room with a private bathroom and dinner (the latter at the CDM facility), served in the dining room or in the garden.

Water is always available in the common area of CDM; other consumptions will be considered extra. The lunch break is at your own discretion: two affiliated restaurants and a grocery shop are within easy walking distance, so you can choose from sandwiches to traditional dishes. The cost of lunch is not included in the cost; however, the use of the SPA is included, limited to the times agreed on the occasion of the course and in accordance with current regulations. Rubber slippers (non-slip) and a swimming costume are compulsory for use of the SPA.
The balance of any extras can also be paid on the spot by credit or debit card or bank transfer.

The nearest railway stations are Ovada, Novi Ligure, Arquata Scrivia; a transfer service is available from the arrival station to Montaldeo at a cost of €15. The nearest airports are Turin, Milan, Genoa, with respective train connections. For those travelling by car, Google Maps shows the exact location by searching for “Casa San Michele Montaldeo”; the nearest motorway exits are Ovada (A26), Novi Ligure (A26), Arquata Scrivia (A7).

APPLY FOR ADMISSION TO THE STRING QUARTET AND CHAMBER MUSIC MASTERCLASS