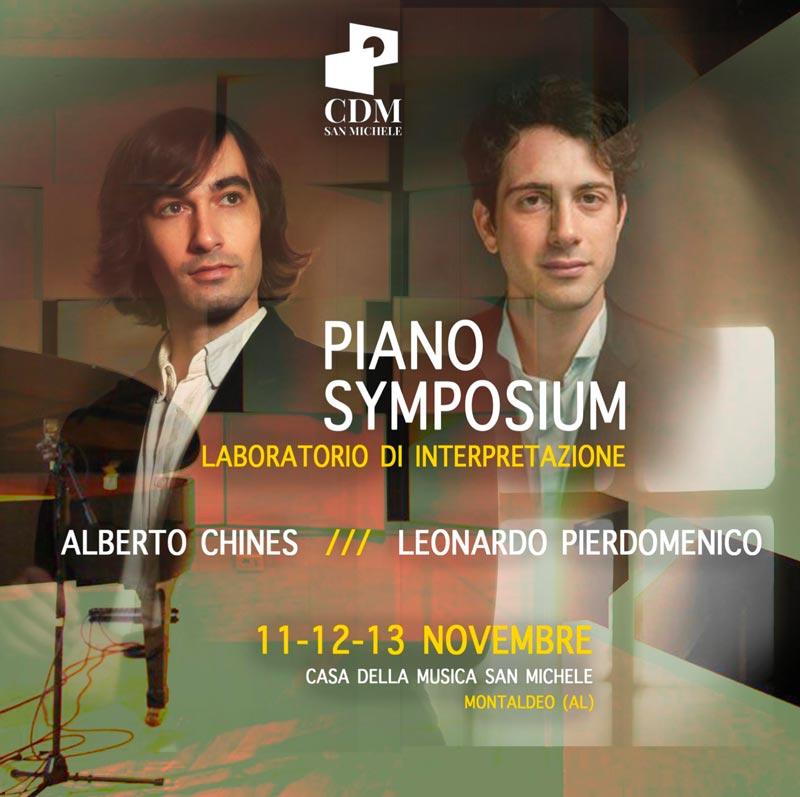 Sharing music, experiences gained during one’s artistic career and considerations about repertoire, piano interpretation, study methodology and the future of the performing arts. To share a magical space, immersed in the beauty of nature and equipped with all comforts, a brand new piano room equipped for professional sound recordings, spacious rooms with a view and even a SPA.

This will be the philosophy behind Piano Symposium, a three-day workshop reserved for a small group of pianists: an opportunity to work closely with two young and established artists, winners of international prizes and authors of prestigious recordings, but above all enthusiastic about sharing what they have learned (and continue to learn) through in-depth study with outstanding teachers and a concert activity in full swing. 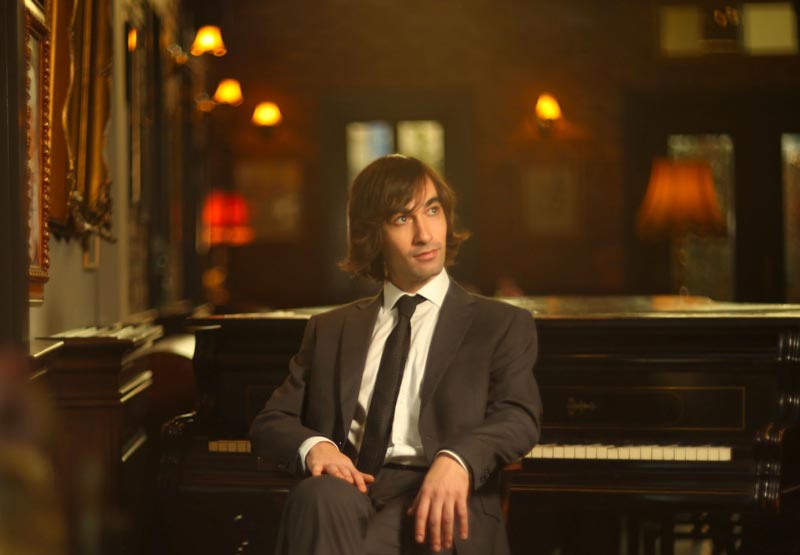 Alberto Chines is also very active in chamber music, collaborating with violist Anna Serova, guitarist Eugenio Della Chiara and has over the years followed several projects in trio (Trio Casa Bernardini), quartet and quintet. He has also created the international concert series Musica Manent Festival (Ustica) and collaborates with the Primavera di Baggio in Milan.
Alberto Chines has been a Steinway Artist since 2020. 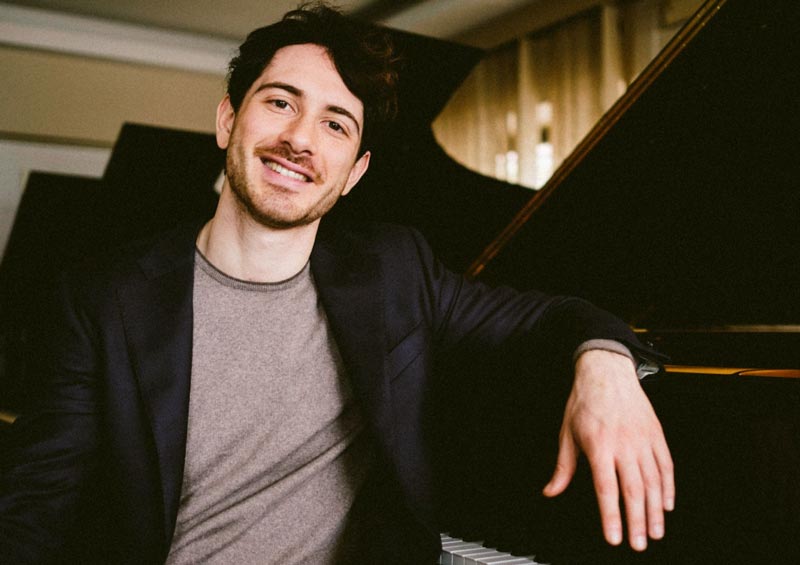 As a chamber musician he performs regularly in duo with the cellist Erica Piccotti and with the first parts of the most important Italian orchestras (La Scala, Accademia di Santa Cecilia).

His solo activity has led him to perform at the most important national and international festivals in France, Belgium, England, Germany, the United States and China. On these occasions his recordings have been broadcast on the web such as Medici.tv and on radio and television such as RTBF (Belgium), Rai 3, Rai radio 3, Radio France, KUSC California.

His debut disc dedicated to F. Liszt, released in 2018 and published by Piano Classics, earned him an Editor’s Choice from the prestigious Gramophone magazine and a nomination as best disc of the year by the German critics’ association Deutsche Schallplattenkritik.

Attendance as an actual student is €340; maximum 9 students.

Free access for auditors (subject to availability and to health regulations). Lessons begin on 11/11/2022 and end on 13/11/2022 (total no. 3 effective days). The course will be held in English/Italian. Lessons will be held at CDM’s premises.

Deadline for registration is 15 October 2022.

The list of participants in the masterclass will be announced by 20 October; payment by bank transfer must be made by 27 October.

Upon payment of the fee, enrolment in the course is confirmed.

Any payment and bank charges are the responsibility of the participant.

Casa della Musica San Michele offers an accommodation service and full board on the premises included in the price. If necessary, the structure is available to those who wish to stay the night before or after the beginning and the end of the course (upon reservation) at an additional cost of €35 per night.

The cost includes overnight stay in a double or triple room with private bathroom; water is always available in the common area of CDM; other consumptions will be considered extra.

Send the module back to masterclasscdm@gmail.com
PDF FORM