Download and fill in the application form
PDF FORM

The Composition Masterclass is addressed to all composers who wish to present their works to Giorgio Colombo Taccani, discussing topics ranging from the most technical aspects to reflections on writing and contemporaneity, with particular attention to the analysis and in-depth study of some of the most representative pieces of the 20th and 21st centuries.

An integral part of the Masterclass will be a Workshop on composition for solo guitar, curated by Giorgio Colombo Taccani and Elena Casoli. The aim of the Workshop is to work in close contact with the guitarists participating in the same Workshop and in the Masterclass held by Elena Càsoli, developing together new works for guitar, composed by the participants in the Masterclass, but also focusing on common moments of reflection and investigation. Under the guidance of the teachers, the relationship between composer and performer will be examined, as well as the relationship between sign and interpretation, or other topics that may interest the participants, in an atmosphere of dialogue and transversal interaction, working on the development of new pieces for guitar.

The organisation of the course includes a selection process, after which pairs of guitarists and composers will be formed. Each composer attending the course will write a piece for solo guitar, entrusted to each guitarist; the organisation will then arrange for each composer to be in contact with a guitarist to exchange drafts and ideas, so that the piece can be finalised in a profitable way during the Masterclass. During the five days of the course it will be possible not only to present one’s own work (for any ensemble) and work with the teacher, but also to have the opportunity to collaborate with a guitarist in the creation of a new work, following the path from the commission to the first public performance, in a concert to be held during the last day of the Masterclass by Foresty International Music Festival.

A live (audio and video) recording of the concert will be made, which will be given to each composer and guitarist and (by prior agreement with them), published on the social pages and website of CdM San Michele and Foresty International Music Festival. In case you would like to make further recordings at CdM, see the “After Masterclass” section.

The residency at Casa San Michele and in the neighbouring village (Montaldeo) will offer the possibility to share ideas and experiences of our artistic activity also in our free time.

Giorgio Colombo Taccani (1961) completed his classical studies, graduating in Modern Literature at the State University of Milan with a thesis on Bruno Maderna’s Hyperion, which in 1993 was awarded the “Missiroli Prize” by the City of Bergamo on the occasion of a conference on post-war Italian musical theatre.

At the same time he studied music, graduating in Piano and Composition at the Conservatorio “G. Verdi” in Milan with Pippo Molino and Azio Corghi, and later obtaining a Diploma in the advanced course in Composition held by Franco Donatoni at the Accademia di Santa Cecilia in Rome, where he was awarded a S.I.A.E. scholarship. He also attended masterclasses with Azio Corghi and György Ligeti and was selected for the 1995 IRCAM workshop on computer music. 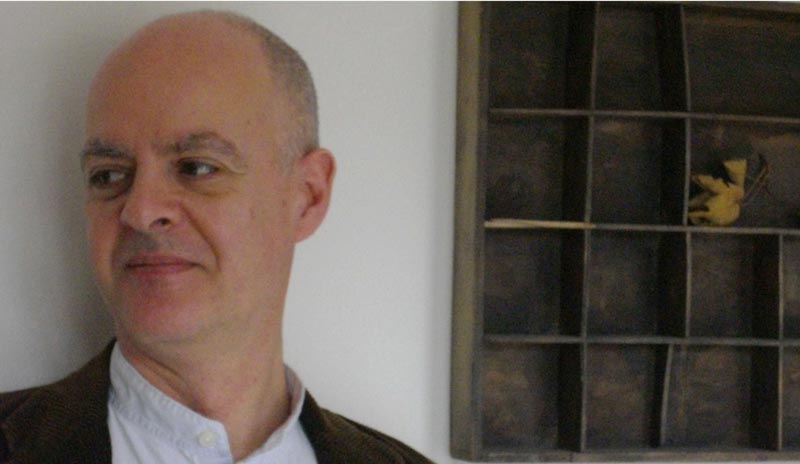 His compositions have won awards in national and international competitions, are regularly performed all over the world, broadcast by radio stations and since 1989 have been published by Edizioni Suvini Zerboni in Milan. From 1991 to 2001 he worked on electronic music at the AGON studio in Milan. From 1992 to 1999 he taught composition at the Civica Scuola di Musica in Milan. From 2005 to 2017 he collaborated with the Conducting course for the contemporary repertoire held first by Giorgio Bernasconi and then by Arturo Tamayo at the Conservatorio della Svizzera Italiana in Lugano. Since 1999 he has been teaching composition at the Conservatorio “G. Verdi” in Turin. 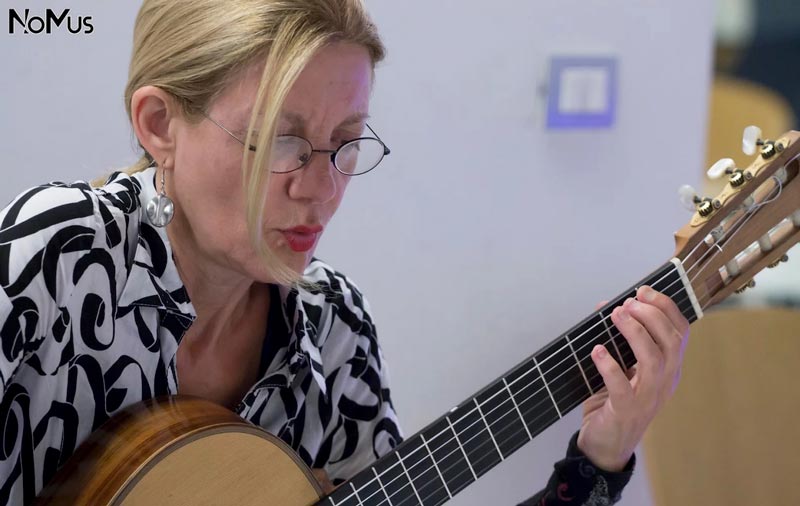 In 2019 she released for Stradivarius Solare, a CD dedicated to Fausto Romitelli’s guitar music. In 2016 and 2018 she collaborated with the Giorgio Cini Foundation in Venice as a teacher and performer in the Reseach-Led Performance project.

In 2021 she was a guest speaker and performer at the 21st Century Guitar Conference organised by NOVA University in Lisbon.

She gives masterclasses in Europe, South America and China, such as at the Shanghai Concert Hall, the Universitad de los Andes in Bogotà and the Sibelius Academy in Helsinki. Since 2002 she has been teaching Guitar, Chamber Music and Interpretation of Contemporary Music at the Hochschule der Künste in Bern.