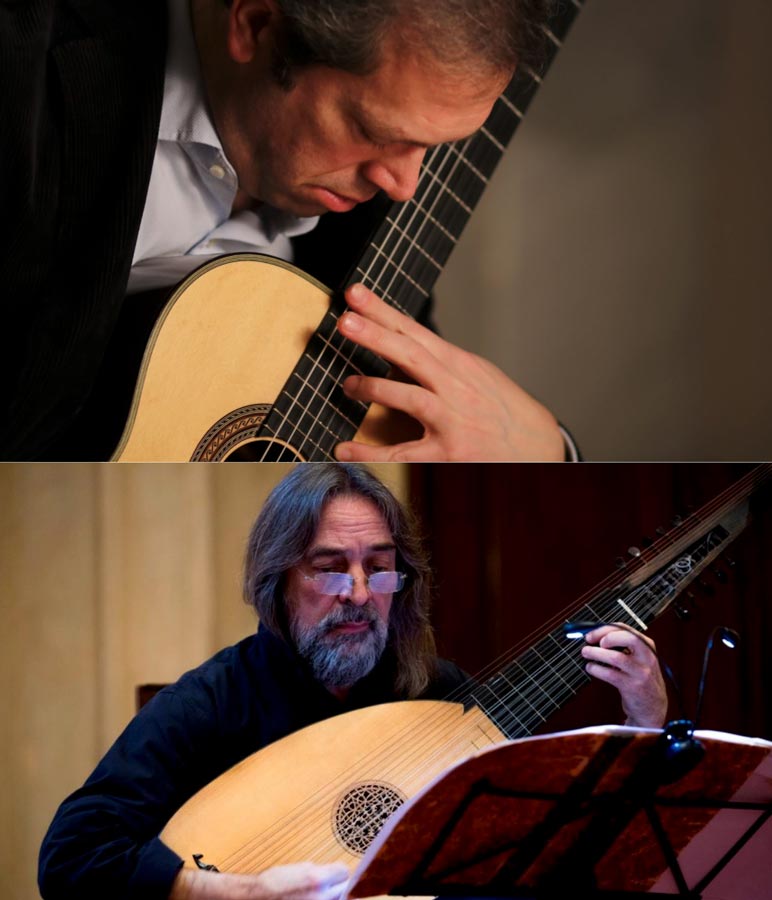 Fill in the registration form at the bottom
Apply Now

Seven days dedicated to exploring, studying and sharing the classical guitar in the hills of Alto Monferrato, with lessons from great masters, convivial moments of exchange and concerts.

Lessons with Andrea Dieci will focus on the interpretation of the solo repertoire and will aim to improve listening skills, promote understanding of the musical material through analysis and historical-stylistic contextualisation, and develop performance skills, both interpretive and technical. It will also be possible to attend the course as a duo or in small ensembles. Participants will also have the opportunity to attend a seminar dedicated to the interpretation of Renaissance and Baroque music and a workshop on ensemble music held by Massimo Lonardi.

Massimo Lonardi’s study seminar is aimed at guitarists who wish to explore the issues of interpretation of Renaissance and early Baroque repertoire (original for Renaissance lute, vihuela and archlute) on the modern instrument. There will be individual lessons, group lessons on Renaissance theory and repertoire analysis, and ensemble music lessons based on compositions (original or belonging to the vast repertoire “for all sorts of instruments”) proposed by the students or provided by the teacher before the beginning of the course.

Meetings will also be organised with luthier Mario Grimaldi, with the opportunity to ask questions and try out his instruments (both restored originals and his latest creations).

Andrea Dieci studied with Paolo Cherici at the Conservatorio “G. Verdi” in Milan, where he graduated in 1989 with  honours and special mention. He also studied with Oscar Ghiglia, first at the Accademia Musicale Chigiana in Siena (also with a Diploma of Merit), then at the Musikakademie in Basel, where he obtained his Solistendiplom in 1992. He has participated in master classes held by Julian Bream. He won first prize at the International Competitions of Gargnano, Lagonegro (dedicated to 20th century guitar music) and “De Bonis” in Cosenza, as well as the Special Jury Prize at the ARD-Musikwettbewerb 1989 in Munich.

Called “an impressive guitarist” by the Times Herald and “a true star of the classical guitar” by the Corriere della Sera, he has given hundreds of concerts for prestigious musical institutions in Europe, the United States, Central and South America, Asia and Africa, playing at world-class events such as the Festival dei Due Mondi in Spoleto, the Guitar Foundation of America (GFA) and the Singapore International Festival, and performing at music festivals in London, Madrid, Los Angeles, Tokyo, Athens, Istanbul and other major cities. 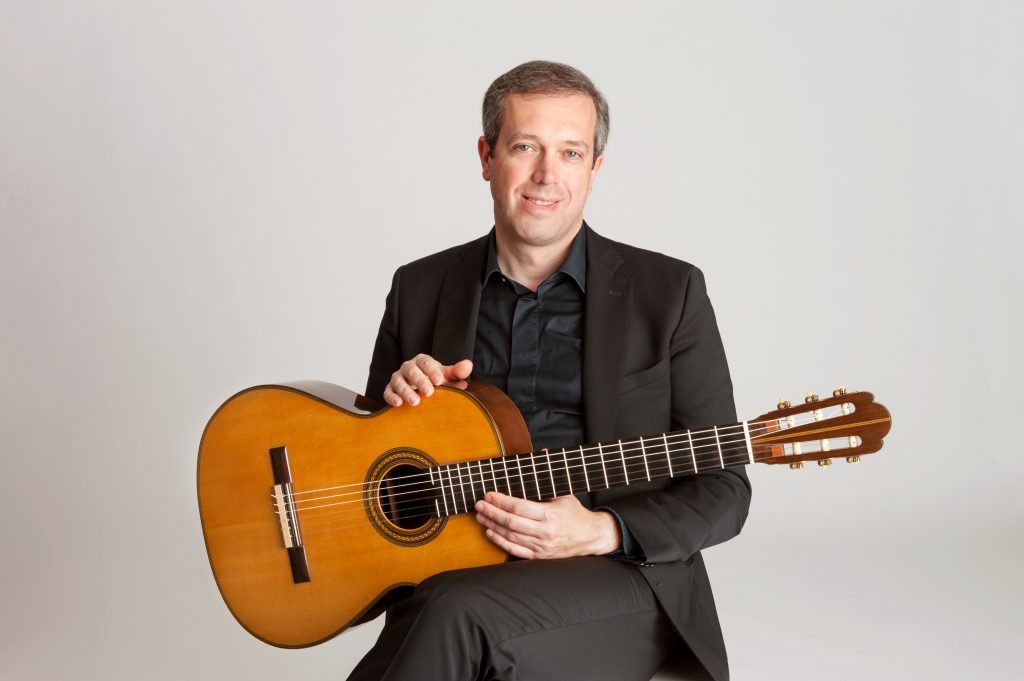 He was invited to perform Henze’s Royal Winter Music at the Great Hall of the Royal Conservatory of Brussels as part of Julian Bream’s 85th birthday celebrations. He has participated in radio and television programmes broadcast by RAI, Radio Vaticana, Radio Nacional Española, BBC, Radio Televisione Svizzera Italiana and Euroradio. 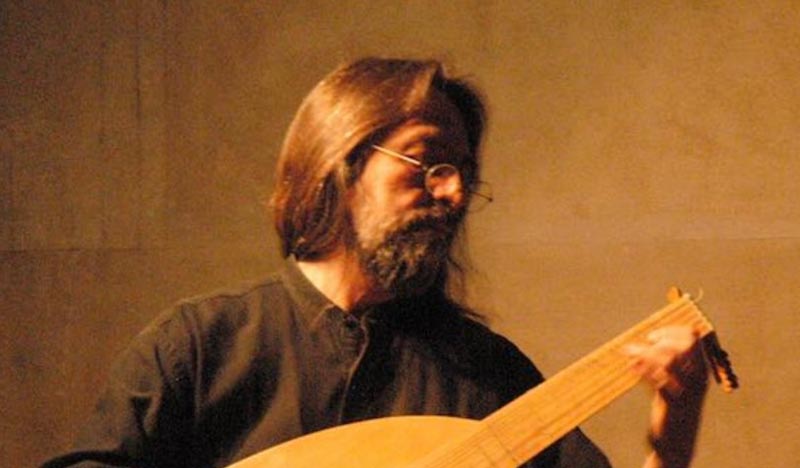 Massimo Lonardi studied composition with Azio Corghi and classical guitar with Ruggero Chiesa, graduating from the Conservatorio G. Verdi in Milan. He then specialised in Renaissance lute, attending seminars held by Hopkinson Smith. He carries out an intense concert activity with the Renaissance lute, the Renaissance guitar, the vihuela and the archlute, devoting particular attention to the Italian Renaissance repertoire, of which he has edited some critical editions. He has made recordings for the houses Ricordi, Erato, Tactus, Jecklin, Edelweiss, Agorà, Nuova Era and Stradivarius, including numerous monographic CDs dedicated to the lute works of Francesco Canova da Milano, Pietro Paolo Borrono, Joan Ambrosio Dalza, Vincenzo Capirola and John Dowland, as well as the works for vihuela by Luis de Milán.

The CD dedicated to the works for lute by John Dowland (Agorà) won the first prize for instrumental music from the magazine Musica e Dischi in 1999. He has taught in numerous specialization courses throughout Italy and is a lute teacher at the Istituto Superiore di Studi Musicali “Franco Vittadini” in Pavia and at the Scuola di Musica Antica in Venice.

Attendance as an actual student is €300; free access for auditors (subject to availability).

By the 30 May you will be informed about the selection of the participants to the masterclass; you will receive an email with a summary of the data and details of the payment, which must be made by bank transfer.

Casa San Michele offers accommodation in affiliated facilities (flats) in the village of Montaldeo (AL) at a cost of €40 per day (total no. 7 actual days). If necessary, the structure is available to those who wish to stay the night before or after the beginning and the end of the course (upon reservation) at an additional cost of €25 per night. The cost includes overnight stay in a double or triple room with private bathroom and dinner (the latter at the CDM facility), served in the dining room or in the garden.

Water is always available in the common area of CDM; other consumptions will be considered extra. The lunch break is at your own discretion: two affiliated restaurants and a grocery shop are within easy walking distance, so you can choose from sandwiches to traditional dishes. The cost of lunch is not included in the cost; however, the use of the SPA is included, limited to the times agreed on the occasion of the course and in accordance with current regulations. Rubber slippers (non-slip) and a swimming costume are compulsory for use of the SPA.

The balance of any extras can also be paid on the spot by credit or debit card or bank transfer.
Please note that in the village of Montaldeo there are no tobacconists, pharmacies or ATMs; all necessary services are easily accessible by car or bicycle in the neighboring villages.

Apply for admission to the Classical Guitar Masterclass