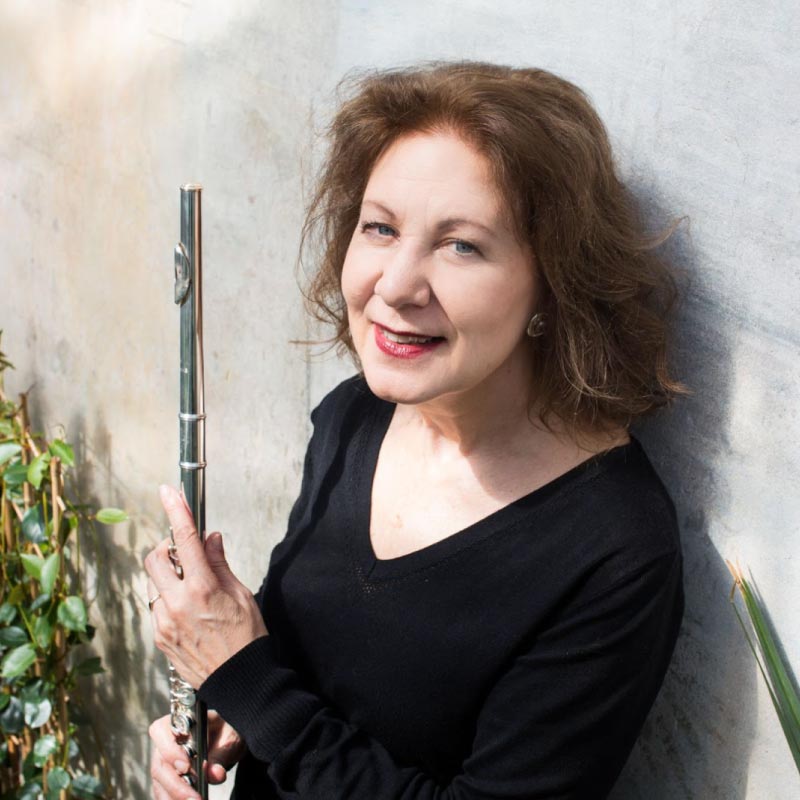 The course is open to professional flutists, conservatory students of all levels, chamber music ensembles dedicated to the contemporary repertoire, and classically trained instrumentalists of all kinds, with no age limits and who are eager to play outside the box, to experience an intensive week dedicated to contemporary music and improvisation inspired by visual arts. There will be a maximum number of 10 participants.
Camilla Hoitenga will tutor her masterclass at CdM San Michele, in a beautiful setting among the hills of Piedmont, in collaborations with musicians from the ensemble Collettivo_21 and Italian visual artist Mirco Marchelli, taking benefit of the immersive experience, locally sourced food and Spa.
Special feature of the course will be a workshop on improvisation inspired by visual art, held in collaboration with Mirco Marchelli, that would focus on the creation of your own music in the context of visual art.
The workshop is open to flutists and musicians both expert and new to the improvisation practice, providing a “safe” and inspiring environment in which to study; Camilla has decades of experience working with painters and sculptors and playing for their exhibitions and is eager to share the methods she’s developed for creating “Parallel Musik”. Joining her to work with you directly is the Italian artist Mirco Marchelli, who will inspire us not only with his artwork and a visit to his studio, but also by sharing his own creative processes — some of which also involve music.
Moreover, the course will offer the opportunity to go deeper into your favourite solo and chamber repertoires, with one-on-one coaching with Camilla Hoitenga: flutists can do a “deep dive” with Camilla with flute technique & and all musicians can be inspired by her refreshing insights into interpretation and performance practice.
A final concert, organised by Foresty International Music Festival, will allow the students a closing experience, concluding the course with a practical application of the improvisation-inspired-by-art skills learned and deepened during the week.

Through observing the parallels between music and art – from the technical to philosophical you will easily open the doors for your own creations!
Come with curiosity — leave with new creative tools and lots of inspiration!!

Critics and audiences agree: Camilla Hoitenga is a phenomenal soloist who grips her public instantly. As Tim Page wrote in the New York Times, “What sets Camilla Hoitenga apart from most other flutists specializing in contemporary material is her ability to integrate unusual technical effects…into a convincing musical context without a trace of Modernist ostentation.”

Playing not only the C-flute but also the alto, bass, and piccolo flute and other varieties of her instrument, flutist Camilla Hoitenga is at home on stages all over the world, performing in venues as diverse as Carnegie Hall in New York, the Royal Festival Hall in London, the Kremlin in Moscow and the Forbidden City in Beijing, China, She has premiered concertos written for her by composers such as Kaija Saariaho, Péter Köszeghy, KenIchiro Kobayashi and Raminta Serksnyte with orchestras such as the London Philharmonic, Chicago Symphony, Royal Philharmonic of Stockholm, the Finnish Radio Orchestra, as well as with orchestras in Paris, Barcelona, Helsinki, Berlin, Kyoto, Tampere, Frankfurt, Vilnius, and many others, working with conductors like Jukka-Pekka Saraste, Susanna Mälkki, Alan Gilbert, Christoph Eschenbach, Marin Alsop, and Vladimir Jurowski, and has appeared at festivals from Ojai to Paris to Salzburg to Kyoto.

Her repertoire ranges from pre-Bach to post-Stockhausen, from concertos to music for flute alone (Stockhausen, Eötvös), from state-of-the art pieces for live video and electronics with Jean-Baptiste Barrière or Claudia Robles to improvisations with Jean-Marc Montera or Taavi Kerikmäe to interdisciplinary projects. Her concerts have been acclaimed by the press as „brilliant“, „charismatic“, „captivating“ and „ideally transparent and precise“, her recordings, in particular those with Kaija Saariaho, have won awards in France, Great Britain and in North America. 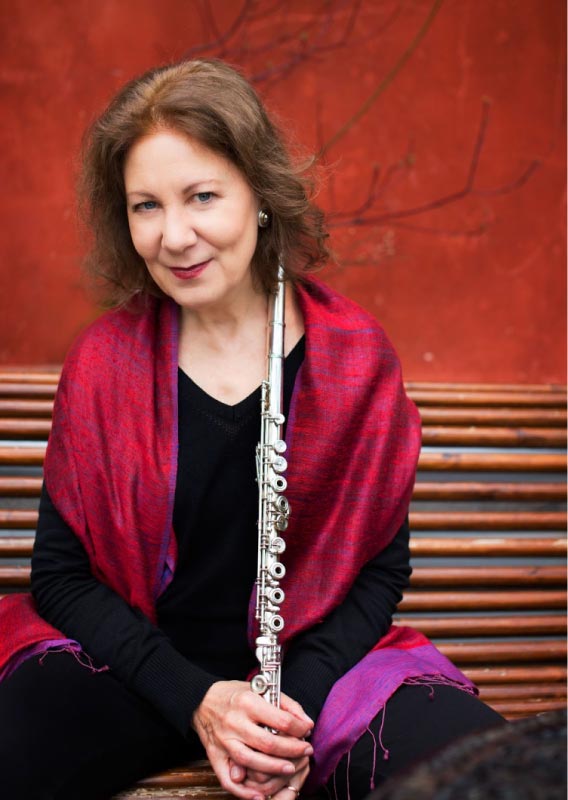 A frequent guest in Japan, and with a great interest in Japanese culture, she has also premiered dozens of pieces written for her by Japanese composers such as Miyuki Ito, Mio Minamikawa, Shoko Shida, Takehito Shimazu, Yoshihiro Kanno, Harue Kondoh, Yu Kuwabara and Yasutaki Inamori. Commissions for her own music and improvisation have come from painters and sculptors (e.g. Mutsumi Okada, Jörg Immendorff, Raija Malka, Peter Drake) as well as from galleries and museums (e.g. „for Yves Klein“ in the Museum Ludwig, Cologne). The sculptor Ansgar Nierhoff created for her a three-dimensional „score“ out of iron, a piece called „Anlehnen” („to lean on“), which she has interpreted in various environments.

Camilla Hoitenga has taught at the State University of New York and at the Folkwang Hochschule Essen/Duisburg and continues to give masterclasses and workshops on various subjects for musicians of all ages. Her own flute teachers were Darlene Dugan, Alexander Murray, Peter Lloyd and Marcel Moyse. Further inspiration came in the course of studies with philosopher Nicholas Wolterstorf at Calvin College (B.A), and with early-music expert George Hunter, composers Ben Johnston and Sal Martirano and ethnomusicologist Bruno Nettl at the University of Illinois (M.Mus., D.M.A.), and, especially, with Karlheinz Stockhausen in Cologne. Born in Grand Rapids, Michigan (USA), Camilla Hoitenga now lives in Cologne, Germany. and Sylva, North Carolina. Camilla plays flutes made for her by Jack Moore and Lillian Burkart, with headjoints by Cooper, Mancke and Burkart, a piccolo by Andreas Braun, Altus alto and bass flutes, as well as a Kotato bass flute.

By 8 May you will be informed about the selection of the participants to the masterclass; in case of non-selection, the registration fee of €50 will be refunded. Payment of the fee, amounting to further €330, must be made by 15 May. The accommodation fee of €250 will be paid on site, upon arrival. Any payment and bank charges are the responsibility of the applicant.
In the event of late payment, for which bank transfer date of sending is decisive, a late payment fee of €75 will be charged.

Apply for admission to the Contemporary Flute Masterclass by Camilla Hoitenga