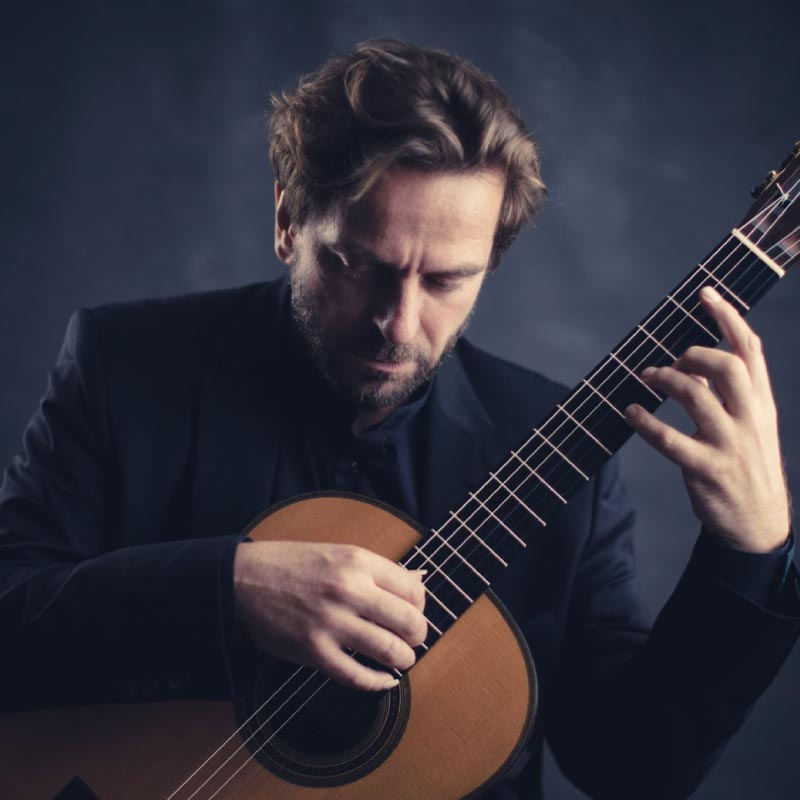 Six days dedicated to exploring, studying and sharing the classical guitar in the hills of Alto Monferrato. The masterclass grants the possibility of having an intense experience with the professor, as well as moments of exchange and conviviality with the fellow students, in an environment specially dedicated to focusing on the music. There will be a maximum of 10 selected students.

The main focus of the course will be on soloist repertoire from all ages and styles, with a minimum of four 1-hour lessons for each participant; guitar duos-trios, chamber music groups or projects will also be welcome. Of the 4 lessons each, 2 will be open to auditors and other students of the course, the other 2 will be private – only with the teacher.

A concert by Marcin Dylla will open the masterclass, while the students will play during the final day of the course in a public concert organised by Foresty International Music Festival.

Finally, meetings will also be organised with luthier Mario Grimaldi, with the opportunity to ask questions and try out his instruments (both restored originals and his latest creations).

Casa della Musica structure offers a live-room with a modular acoustics, several spaces for studying, a garden and a Spa for relaxing – an ideal place for learning and music.

Hailed by the Washington Post as “among the most gifted guitarists on the planet” Polish guitarist, Marcin Dylla is a rare phenomenon in the recent history of Classical Guitar. Many music critics, connoisseurs, and music lovers certify that Marcin Dylla is among the world’s elite of classical guitar players. He has earned this position, among others, to the unparalleled number of awards including 19 First Prizes from 1996-2007 at the most prestigious international music competitions around the world.

His last triumph was the Gold Medal of the ‘2007 Guitar Foundation of America International Competition’ in Los Angeles known as the most prestigious guitar contest in the world followed by tour of over 50 cities in North America, Mexico and Canada during 2008-09 season, live recital video recording for Mel Bay Publications and CD recording for Naxos that reached the Naxos ‘Top 10 Bestselling Albums’ in September 2008. His live recital DVD “Wawel Royal Castle at Dusk” was nominated for 2010 Fryderyk Award (equal to American Grammy) in the category of Solo Classical Music Album of the Year.

Mr. Dylla made his Concertgebouw recital debut in November 2016 during a busy 2016/2017 season where he was also the appointed faculty in residence at the San Francisco Conservatory of Music for the Fall 2016 semester.

Recent tour highlights included return invitations to Mexico, Chile, and recitals throughout Asia including Japan in Tokyo, Nagoya, Fukuoka, Hiroshima, and Hokkaido. In Taiwan at Taipei National Concert Hall with Taipei Symphony Orchestra, and Carnegie Hall debut during a two-month tour of North America with recitals covering both coasts. In Europe, he returned to Konzerthaus in Vienna and is invited to appear at the Koblenz International Guitar Festival and Competition, a major festival for the classical guitar each year, where he’s a beloved regular. 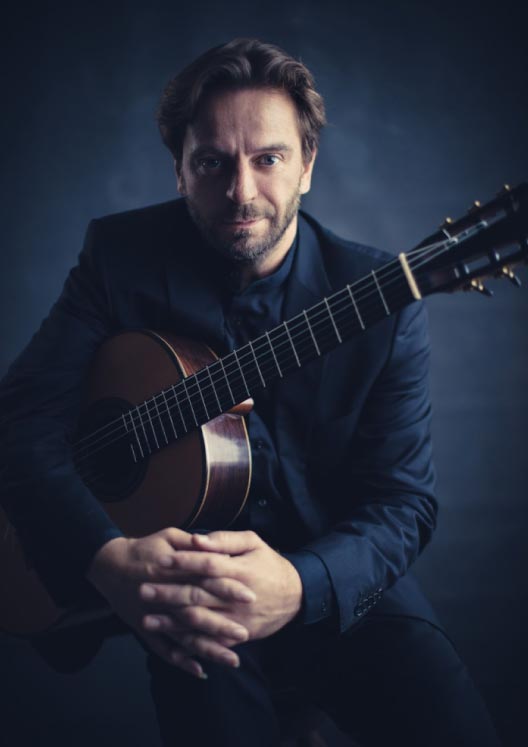 In Europe, extensive tours take him regularly to the U.K., Norway, Spain, Hungary, Sweden, Denmark, Poland, and Italy where he returned to serve on the distinguished jury panel of the 42nd edition of Michele Pittaluga’s International Classical Guitar Competition.

In 2006, Cecilia Rodrigo, daughter of the legendary Spanish composer, Joaquin Rodrigo, chose Mr. Dylla to perform the world premiere of a lately discovered new guitar work by her father entitled ‘Toccata’ (1933) at Reina Sofia Museum of Modern Art in Madrid. In 2002, at the 7th International Guitar Convent in Alessandria, he was granted a “gold guitar” musical critics’ award for the best coming young guitar player.

Marcin Dylla was born in Chorzow in 1976 and received his first guitar lessons at the Ruda Slaska Music Conservatory in his native Poland. From 1995 to 2000 he studied at the Music Academy of Katowice with Adi Wanda Palacz and later completed his studies with Oscar Ghiglia, Sonja Prunnbauer and Carlo Marchione at the Music Academies of Basel (Switzerland), Freiburg (Germany) and Maastricht (The Netherlands), respectively. He is currently a Professor of Guitar at the Music Academy in Katowice and Westfälische Wilhelms-Universität Münster.

By 17 July you will be informed about the selection of the participants to the masterclass; in case of non-selection, the registration fee of €50 will be refunded. Payment of the fee, amounting to further €330, must be made by the 24 July. The accommodation fee of €300 will be paid on site, upon arrival. Any payment and bank charges are the responsibility of the applicant.
In the event of late payment, for which bank transfer date of sending is decisive, a late payment fee of €75 will be charged.

Apply for admission to the Classical Guitar Masterclass by Marcin Dylla